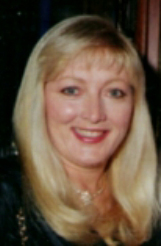 Retired airline pilot Sharon Littlefield Menear has enjoyed many varied careers that have provided inspiration for her thriller novels. Beginning her senior year in high school and continuing throughout college, Sharon worked as a water sports and boating model. She enjoyed modeling in many types of pleasure boats, race boats, and sailboats. She also won three surfing trophies and posed with her surfboard for the cover of a nationally syndicated Sunday magazine.

After college, Sharon joined Pan American World Airways as an international flight attendant and traveled to destinations throughout the world, enjoying eight years of exciting adventures. During her time with Pan Am, she joined the Pan Am Flying Club and earned her private pilot license. She loved piloting airplanes and decided to leave her flight attendant career to focus on earning the licenses and aircraft ratings necessary for employment as an airline pilot, even though there were no female airline pilots at that time and her chances were slim.

Sharon worked as a flight instructor, charter pilot, and commuter airline pilot, accumulating flight hours and experience to meet the qualifications for a pilot career with a major airline. In 1980, she was hired as the first female copilot with US Air, bypassing the flight engineer position. Sharon flew BAC 1-11 jets, B727 jets, DC-9 jets, and B737 jets. She earned her fourth stripe and became a captain after seven years in the right seat. During her airline pilot career, she flew many antique and experimental aircraft on her days off. She also helped build experimental aircraft and restore antique aircraft. Sharon enjoyed her pilot career with US Airways until a rare eye disease forced her into an early retirement.

Sharon’s mother, author Dorothy Metz Littlefield, convinced her to try her hand at writing a novel. It was a long but pleasant learning experience. Sharon’s favorite novels have always been thrillers, so she chose to write in that genre. Drawing from her experiences during two airline careers, she crafted the edge-of-your-seat thriller Deadstick Dawn, re-titled Flight to Redemption, which is her award-winning debut novel and Book One in the Samantha Starr Series.