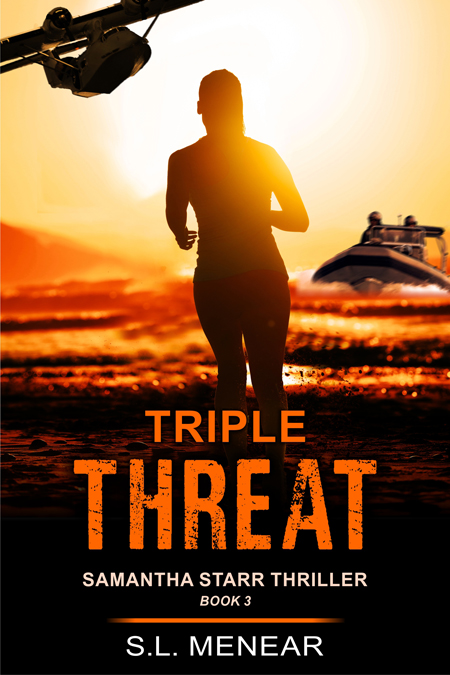 The only person capable of locating and destroying an ancient weapon of mass destruction, 26-year-old airline pilot Samantha Starr is on the adventure of a lifetime.

World leaders and an evil billionaire hot on her trail, Sam is joined by her twin brothers in the U.S. Navy, and her Scottish boyfriend to save half the world’s population.

But as the clock runs down, Sam realizes she must make the ultimate sacrifice in the face of a Triple Threat.

Publisher’s Note: As a retired airline pilot with U.S. Airways, S.L. Menear brings unparalleled realism and authenticity to this action-packed thriller. Written without vulgarity and explicit sexual content, this thrill-a-minute adventure can be enjoyed by readers of all ages and persuasions. This story was previously published as Blaze (September 21, 2017) and has been subsequently edited by the author.